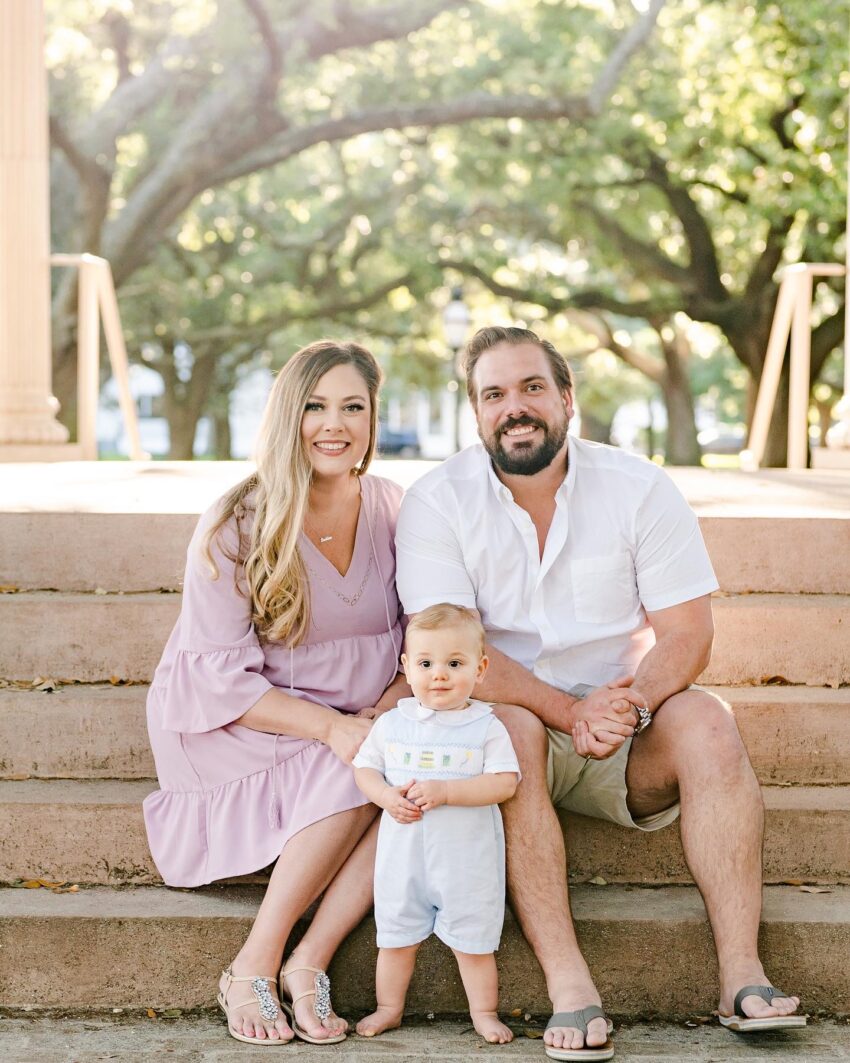 The Fultons live in a suburb of Charleston, SC. They have one son, three pups and a healthy relationship with red wine. When they have the energy, the Fultons enjoy customizing their builder-grade home and traveling.

Chelsea is a technical writer for an international antivirus security company. She spends most of her free time at T.J. Maxx + Target, catching up on Love Island UK episodes, or FaceTiming with family.

Tayler is a realtor and bartends at a popular downtown Holy City restaurant. He spends most of his free time in the gym, cooking gourmet meals for his family, or perusing YouTube.

Lachlan, their 15-month-old, runs the household. He’s into all things Bluey, eating bushels of raspberries, trucks, and cups (… kids are weird). Lach loves water. Whether it’s lounging in the pool, jumping waves at the beach, scrub-a-dub-dubbin’ at bath time, drinking from the water hose, stealing his Momma’s water bottle, or playing in a glass of ice water; he has no preference. He spends most of his free time with his head in the snack cabinet, destroying the house, or fighting nap time.

Cane, a 90-pound Mastiff/Bully mix, cannot be bothered to get off of the couch before noon. He is a rescue and worth every penny of his $50 adoption fee. However, the Fultons are unsure how he managed to survive on the streets without a pillow and blankey for the first few years of his existence.

Styx, a 45-pound Schnauzer mix, is the self-appointed head of security for House of Fulton. He was rescued as a pup when Chelsea lived in California. He’s afraid of thunderstorms… which poses an issue when he’s forced to patrol from the comforts of his Momma’s lap.

And finally, Whiskey Tango Fulton, the 2-year-old Labrador Retriever. Chelsea + Tayler prophesized the kinda dog he would become when naming him. WTF enjoys following his human brother around and snatching snacks right out of his chubby little toddler hands. He’s a big fan of balls, stuffed animals, and digging. There’s not a flower pot or piece of patio furniture at the Fulton home that Whiskey hasn’t taste-tested. He’s a pandemic puppy through-and-through. Must sleep with Mom and Dad.