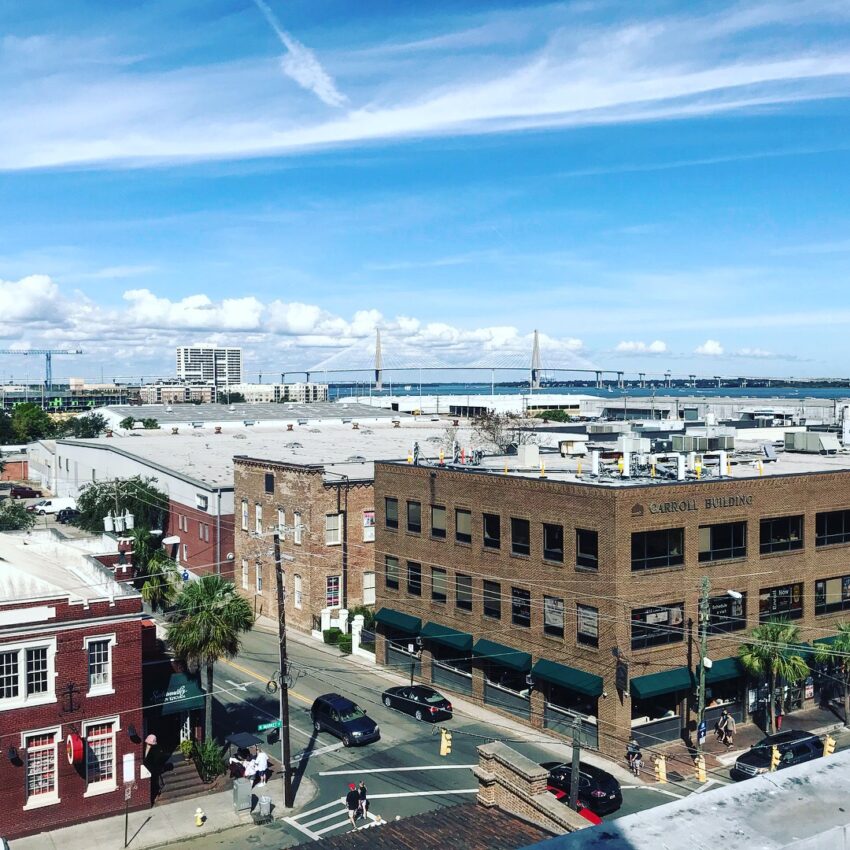 Charleston has been voted the best city in the US for ten years in a row, so we get asked for various recommendations often. I thought it would be easier to list those recommendations here. We will update this list as we see fit and plan to add other Charleston-specific posts to the blog. Want to see anything in particular? Drop a comment on the Instagram post or message us!

We get funny looks anytime people ask us who has the best BBQ in Charleston. My brother actually said, “Uhh, Texas BBQ? I don’t care what anyone says. I’ve had plenty of Texas BBQ, and it is definitely the inferior BBQ.”

And then, he ate 40 bucks worth of brisket and ribs before all of us could get settled in at the picnic table.

Their brisket is the best we’ve ever had – get a pound of mixed. The smoked turkey is fantastic too. Honestly, I don’t even think we’ve had their pulled pork (maybe once?). Tayler loves the corn pudding. I could care less about their sides (which is saying a whole hell of a lot because I typically rate restaurants on their french fries).

If you plan to eat at Lewis’, get there early. They don’t take reservations, you get your food cafeteria-style, and it’s first come/first served seating. But it’s totally worth it.

When I was pregnant with Lach, Tayler asked me what I wanted as my first meal after the baby was born.

What I got… Chili’s (hahahaha).

We always get the ceviche. The tuna tataki is good too. Tayler loves the Pastrami’d Swordfish sandwich. I could eat my weight in tuna tartare, but I think they only offer it at their sushi location (the original restaurant location on E. Bay St.) now.

They don’t take reservations at the Oyster Bar, and there is typically an hour+ wait. Get there early (they serve lunch too) and pop into a few antique shops while you wait. If you’re not into browsing old, over-priced junk, there’s a wine bar a block down at the corner of Queen and King.

To be fully transparent, this selection could be a bit biased. We are friends with Mark (Executive Chef at Indaco) and his wife, Ariana (Private Events Sales Manager at Indaco). However, I can guarantee you will have a difficult time finding better Italian food in Charleston.

The menu is seasonal. The pasta is homemade. The pizzas are wood-fired. Indaco takes reservations, hosts happy hour throughout the week, and serves brunch on the weekends. We suggest ordering multiple plates and sharing family-style. The Bucatini Nero, Ziti Bolognese, Spicy Sopressata and Corn pizzas would be a good place to start.

I really can’t give you any insight into what to order. Tayler randomly brought home 150 dollars worth of food one night after work.

Who has a ONE-HUNDRED FIFTY dollar TAKE-OUT order?!

Warning: Xiao Bao is riiiich. Order less than you think you’ll want, or you’ll be down for the day/night.

For whatever reason, finding good sushi in Charleston has been difficult. There is a place we really love in Mt. Pleasant + West Ashley – Local’s – but we tried to keep this list specific to the peninsula.

O-Ku could be considered a chain, I guess. They have several locations in the southeast. Their menu is pretty standard. It’s centrally located on King St. and within walking distance to several other bars and restaurants if you just want to stop in for a roll. I like the Potato Roll, and Tayler typically gets nigiri or a spicy tuna roll.

Tayler would have put Hank’s in the Seafood category, but I wanted 167 Raw on the list somewhere. We compromised and added Hank’s here.

Hank’s is a staple in Charleston. It’s traditional but not in a hokey way. The restaurant is timeless. You can find seafood towers, oysters, shrimp and grits, and fry plates on the menu. There are also beautifully curated dishes on the menu too.

Try booking a table at Hank’s if you are in town for an anniversary or birthday. It’s a block up from Market St. and super convenient to all other downtown activities.

This one is a Tayler pick.

He gets to go out after work one night a week. I will probably catch shit for that, but the man has no self-control when it comes to food and booze. If it were up to him, he would sling drinks for six hours at one bar, take that money, walk down the street, and spend six hours eating and drinking at the next bar. He’s got FOMO something awful.

Tayler’s got a few spots he keeps on rotation – Moe’s, Rec Room, etc. – but he said the Royal American would be his first choice if it were on his direct route home.

If I had to guess, he probably gets the Disco Fries, wings, and whatever the rotating local beer might be.

Check the address on this one. Again, we tried to keep this list strictly to Historic District restaurant locations, but there’s just no competition.

Low Life has the. best. brunch. And they serve it EVERY DAY OF THE WEEK!

If you are wondering if it is worth the drive and Folly Rd. traffic – it absolutely is. All of their food is fantastic. We always order entirely too much and then feel like shit on the beach. But what can ya do?

Bubba will destroy a basket of French Toast Sticks. Tayler’s not in to traditional breakfast foods, so he typically orders the Fried Chicken Sandwich or a Shrimp Roll. The Chicken & Waffles or Breakfast Burrito are my go-to’s with a Pluff Mudslide. We also get the Old Bay Seasoned Waffle Fries with a side of queso.