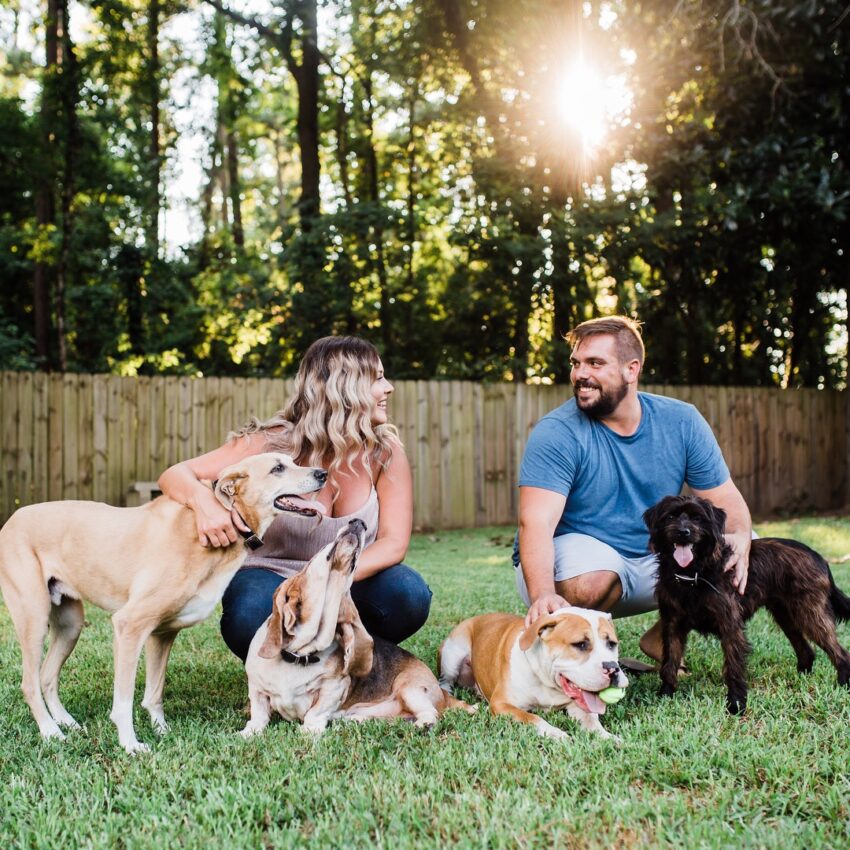 Tayler and I have a pretty unconventional love story. When people ask how we met, our response is, “How much time do you have?” Most people say, “Oh. Did you meet on a dating app? My friend’s cousin’s brother met her husband on a dating app!”

No. We didn’t meet via dating app.

But my brother and sister-in-law did. They matched four times on Hinge before she would respond to his messages. Those two were married within eight months and expecting by their first anniversary.

Hey, when ya know, ya know, right?

That’s sort’ve how Tayler and I felt when my aunt picked him up at a bar for me while I was living 2,500 miles away.

Yep. We met via drunk aunt – not a dating app. It’s kinda like the beta version of Tinder… only harder to ignore and probably smells like the flavored vodka she smuggled in her Disney-themed Dooney and Bourke bag.

Aunt Crystal walked up to the bar Tayler was tending and said, “Hey, are you single? My niece is moving to town in a few months, and she’s gonna need some friends.” And then, she started showing him pictures of me like an eBay auctioneer.

She texted me while I was walking in the 2016 San Diego Pride Parade:

Me: “Oh Lord! Is he tall? Put him next to Brandon [my very tall cousin]. And why is he just giving his information out to random drunken lunatics!”

AC: “He is kinda tall. I asked him for his info. Told him I had the perfect woman for him.”

I ignored the phone call.

He left a message.

I can remember standing shocked in my tiny studio apartment in California, thinking, “Wait. We’re calling each other now?” I haphazardly flipped thru my Virtual Dating for Dummies handbook. Kidding. But in all seriousness, I was used to assholes ghosting me or texting eggplant emojis – not calling to ask how my day was going.

The two of us spent hours on the phone and FaceTimed regularly for months.

Tayler told me he loved me within a week. We were dating within a month and living together by that summer. A year later, Tayler proposed to me at the very same place we met he met my Aunt Crystal.

At least once every other week, I’ll look over at Tayler and say, “Can you believe we are married? I mean, isn’t this just the craziest story?” I think a lot about how every single second of our lives had to happen exactly the way it did for us to end up here. So many tiny decisions and big life events could have led us down totally different paths.

Instead, all of those moments brought us together.

Mid-existential crisis? Just reach out to me, and I can talk you off the ledge. Sure, we’ve had our fair share of difficult times, but every couple does. And when I think back over our relationship, all of those hardships only made us more appreciative of each other.

Do we bicker? Absolutely. Do I think he’s the dirtiest mother fucker I’ve ever met? Probably. Does he think I bitch too much? Most likely.

But at some point every single day, I am overwhelmed with gratitude.

I could not imagine a better life for myself.