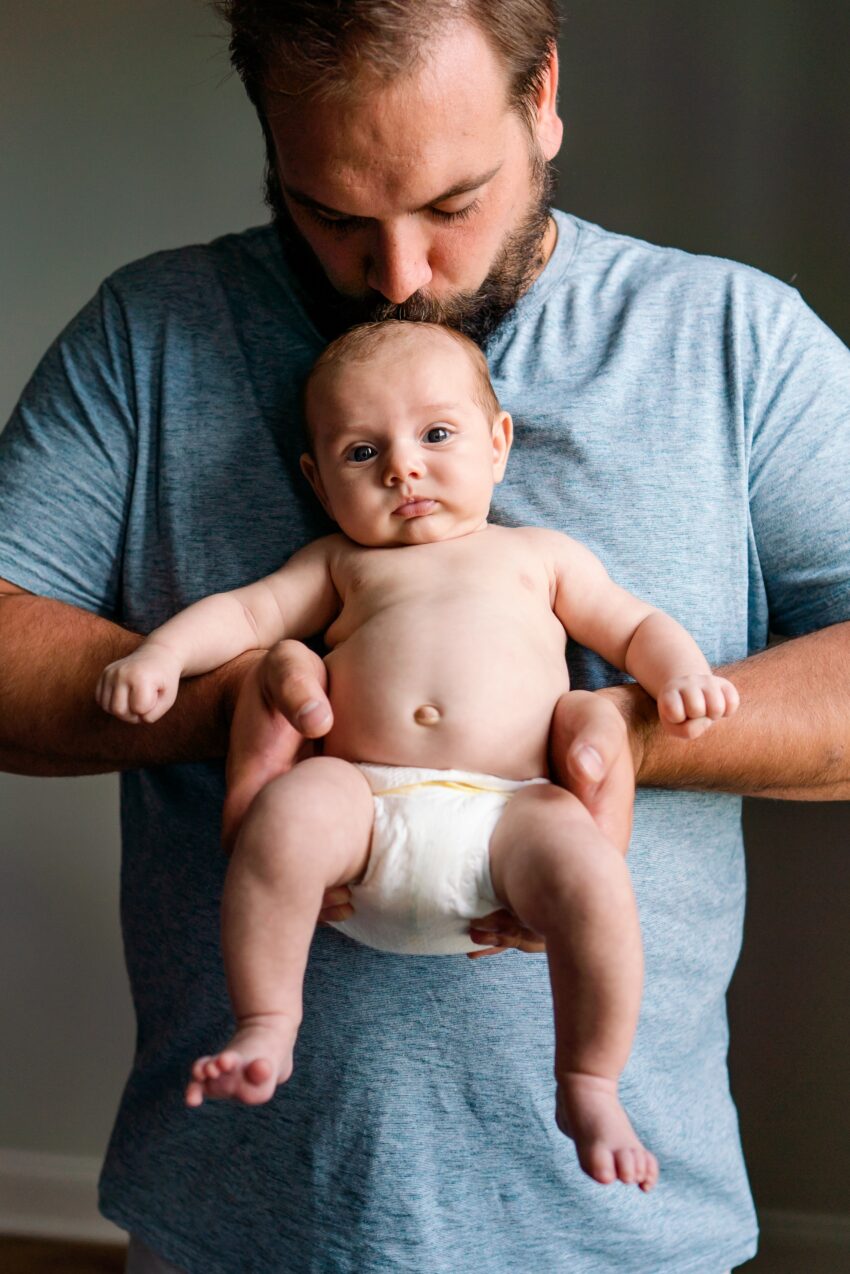 I’ll save you the time of listening to me ramble on about my medical history. Just know that by August 2018, I had been struggling with my IUD for a year.

Let me clarify, I had struggled the ENTIRE year the implant had lived inside me.

Tayler and I were getting married in November. As much as I did not want to run the risk of being pregnant at my own wedding, it had been months of bleeding and pain, and I was more than ready to have my body back to normal. So, I had my IUD removed.

That October, I remember walking around the fair. I looked over at Tayler and said, “This time next year, we could be bringing our kid with us to the fair.” It was a sobering thought but one we were excited about too.

In November, we spent the first night of our honeymoon exploring Rome. We ate Nutella crepes and gelato by the Trevi Fountain. Later, Tayler told me he had wished for a “honeymoon baby” when tossing his coin into the fountain.

We were sitting together on the couch one afternoon in December, and I randomly broke down. I had this feeling – a gut feeling that we would have trouble getting pregnant.

For several months, we tried to combat my PCOS with an anti-diabetic medication (Metformin). Those months were absolutely awful. Metformin totally ravages your stomach. Between the physical side effects of the medication and the disappointment over my fertility issues, I became severely depressed.

On April 1, 2020, we went to our first appointment at the fertility clinic. The appointment went well. Aside from my PCOS, nothing prevented us from getting pregnant and having a successful pregnancy. I finally felt like I was gaining back some control over my life.

In August, we decided to try intrauterine insemination (IUI).

I made a promise to myself during that time – if this round was unsuccessful, we were going on vacation. It had been a shitty year. Covid, and PCOS, and shots, and an assload of medication, and two years’ worth of unsuccessful baby-making months. If this didn’t work, we were getting the fuck out of town.

My procedure was scheduled for August 24, 2020. Actually, it was kind of funny. Tayler had a real estate appointment during my procedure, so I had to go in alone. It was pouring down rain. I had to sit in the lobby for what felt like forever. The procedure took two minutes.

During our two-week wait, we decided to put our home up for sale.

Regardless of what was in store for us, we were making changes.

On Wednesday, September 9, 2020, I got up and peed on a stick like I had so many times before. I put the test on the back of the toilet and crawled back into bed. I refused to look at the results. Tayler walked into the bathroom, grabbed the test and silently walked back into our bedroom.

He was so matter-of-fact about it all. It was almost as if God had already told him what the answer would be.

I couldn’t read his reaction, “Well, what does it say?”

The way he said it was so nonchalant and so calm that I didn’t believe him.

Sure enough, I was pregnant.

I think there’s a huge misconception about fertility treatments. Most people think that fertility treatments are a guarantee – a surefire way to make a baby. But the statistics are actually pretty dismal. There is only a 10-20% success rate for IUI. The fact that we were successful on our first attempt was sort’ve unbelievable. Even my OB commented on how lucky we were when she found out we got pregnant on our first IUI attempt.

To say Lach [Lock] was an answered prayer would be a gross understatement. For weeks after he was born, Tayler and I would lay in bed and talk about how lucky we were. He was healthy and happy. What more could we have hoped for?

But then he grew.

Having a kid is so bizarre. You hope and pray that you are doing all the right things, making all the right decisions – that you’re raising a decent human being. But at the end of the day, they are individuals too. They are tiny people with tiny hearts and tiny brains who make their own decisions and lead their own lives.

Turns out, our child is not just healthy and happy. He is so very smart, and silly, and sweet, and headstrong, and independent.

Having the opportunity to watch my son grow each and every day is a blessing I can’t describe. Sometimes, when I look at him, I think of all the millions of little moments that had to go exactly the way they did just to get him here.

All of the heartbreak, and disappointment, and struggle. The years I spent in a relationship with a person not meant for me. The pure serendipitous encounter my aunt had with a single man handing out shots of moonshine at a distillery in BFE. And finally, the patience, hopefulness, faith, and blind trust two people put into God to create the family they had always dreamed of…

Without all of that. Without every single second of happenstance, our Lachlan could not have been here today.

What’s even more amazing, though?

… that Lachlan will become a big brother next year.

7 thoughts on “Getting Lachlan”