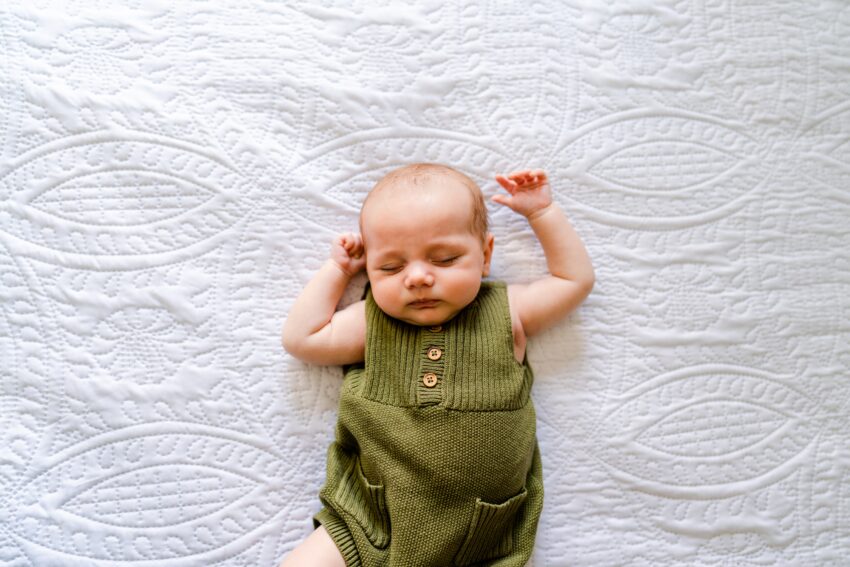 Our family is growing!

Lachlan has a brand new baby cousin, Sisi! My brother and sister-in-law became a family of three just a few weeks ago. We are so excited to have more babies in the family!

Lach is the oldest grandchild (and great-grandchild) on my side of the family. On the Fulton side, he’s the youngest.

That’s what Tayler’s sister’s children have always called him.

Gweny and Greyson are five and three, respectively. So, when the three Fulton grandkids are together we hear a lot of, “Baby Lachlan is so adorable.” “Can I hold Baby Lachlan?” “Why is Baby Lachlan trying to eat that?” “No, Baby Lachlan! That’s mine!” It’s nice having Gweny and Grey around because Gweny is old enough to chase after Lach, and Grey has all the cool big boy toys.

Watching Lachlan find his footing as he becomes the eldest cousin will undoubtedly be interesting.

He can be a paci thief and is really into head-butting right now (is that a thing?). We are trying our best to teach him “gentle” and “easy” and “be sweet,” but violence is funny. He terrorizes Styx, jumps on my top-knot like a spider monkey, throws food when he’s tired of eating, and pinches. Just the other day he attacked his Dad with a fork à la Mel Gibson in The Patriot. When he first met Sisi, he might have tried to hit her… twice. Although, shortly after he helped put her pacifier back in her mouth.

Okay, so it was a tad aggressive.

At least he didn’t throw her off the bed while holding her for pictures.

Anywho, I thought it would be helpful to create a list of our family’s newborn favorites while it’s still fresh(ish) in my mind. They grow and change so fast that we all seem to forget what it is truly like having itty-bitties at home. Also, there is just so. much. baby shit out on the market.

As a new mom, I just wanted to know what I needed for the first few weeks. I wanted to get to know my child (and our new normal) before making big purchases or committing to anything expensive. We had the luxury of getting all of my sister-in-law’s hand-me-downs, so we didn’t need much.

For those of you expecting or trying to conceive – you really don’t need much.

Don’t break the bank on baby stuff. You have no idea what will work for your child, and they grow so quickly that what works one week might not the next. Buy from secondhand shops, check Facebook Marketplace, borrow what you can, and be thankful that we live in the time of Amazon Prime!

Whichever one you can afford will work. We have all sorts of sound machines – a few different Hatch products, a portable one, and the Baby Shusher. I like the Hatch Rest+ (with the clock) because I can control it with my phone and check the time while nursing. We also got tons of use out of the portable one we had. But many times, I’ve used apps on my phone. It’s nice to have an extra when traveling, so you don’t have to leave your phone in another room during naps and early bedtimes.

It works. I preferred the Wellements brand, but it has to be refrigerated and only keeps for 30 days. And you can’t find it in stores.

Pro Tip: Make easily accessible things work, if you can. It’s a pain in the ass to wait 3-5 days for something to come in the mail.

Thankfully, we never had terrible diaper rash issues. I prefer Triple Paste because it seemed to work the best and transitioned from white to transparent. A few weeks after Lach was born, Tayler had an incident with a tub of Boudreaux’s, and it’s been caked on everything he touched ever since. The Boogie Brand has a diaper rash spray that is super convenient. Not the best formula, but it gets the job done.

Literally used this every single day until, like, last week. That’s an embellishment. Seriously though, don’t buy a bassinet. Get something you will use for years instead. I liked having the changing table attachment just because we have so many dogs that don’t understand boundaries.

Lach was about six weeks old when I thought I had mastered the art of infant nail cuttery. I was wrong. Do not – and I repeat – do. not. ever. use nail clippers.

There will be blood.

Monitor (one that does not require internet)

They are the easiest to travel with and the safest kind to have. The one we use the most was found at one of those BIN 5 stores. It was five bucks. You plug it in and it works. That’s it.

We used the Owlet Smart Sock 3 with Lachlan, which gave us such peace of mind. Tayler couldn’t believe how much I spent on the Owlet but when we brought Lachlan home from the hospital, he was insistent that we used it. Our version of the Owlet isn’t available anymore (pending FDA approval as a medical device); however, Sisi has the Nanit, and I’ve heard great things about it.

Look, at the end of the day, you have to be comfortable. And “comfortable” looks different to everyone. So, buy (and use) whatever makes you sleep better at night, Momma. We’re all just doing our best.